The Friends of APS Contemporary Group on Facebook challenges members to post images in response to a particular them each month. The theme this month is RGB colours – i.e. the Reds, Greens and Blues we see around us. I stumbled across an example of Red and took this image, which I titled Spilled Shadow. 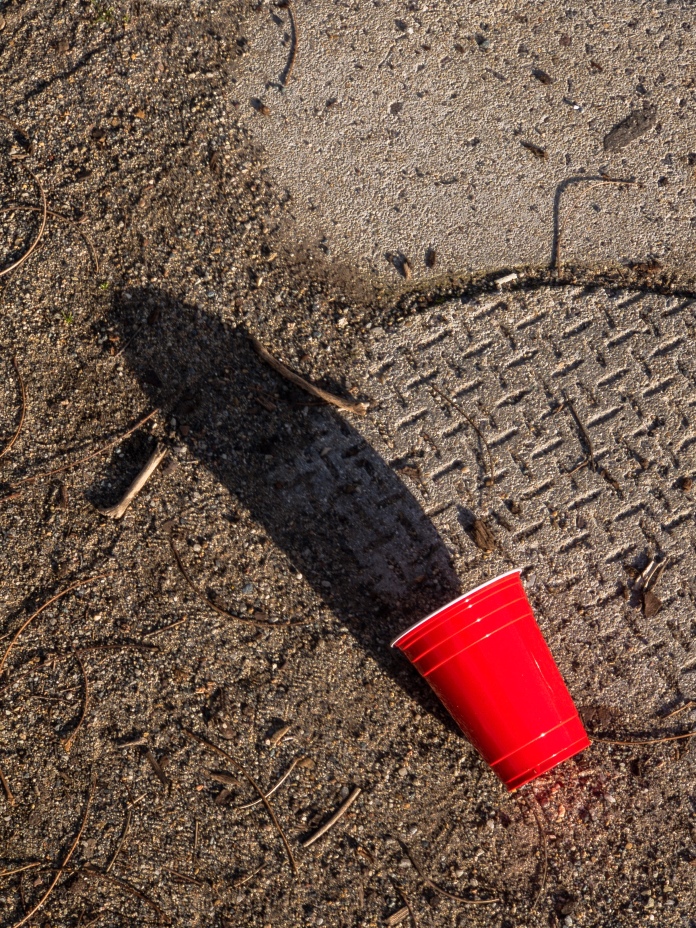 After seeing it, two other members of the group thought I should write a poem to accompany it. One even suggested that Spilled Shadow would make an excellent title.

Now writing poetry is not something I’ve ever done. Nor had I ever seen myself as a poet. However, I recently participated in a Zoom presentation organised by the Canberra PhotoConnect group. The  poet, photographer and author, Giles Watson, from Albany in Western Australia shared some of his images and recited his poetry, and shared about his collaborations with other creative artists and his experiences with book publishing. I loved his work and his presentation. That had already made me think about trying to write some words – poetry or otherwise – to go with some of my images.

So, I decided to take up the challenge to write a poem to accompany my Spilled Shadow image. Today I showed what I had written to participants in another Canberra PhotoConnect Zoom gathering, seeking feedback from others. A number of them were most generous in their comments. A couple of suggestions were made for my consideration, and I made a modest adjustment to the words in response to one of the suggestions.

I have just shared it on the Facebook group mentioned earlier and asked those who challenged me what they think of it. Their responses may lead to further changes. But for now, here it is. 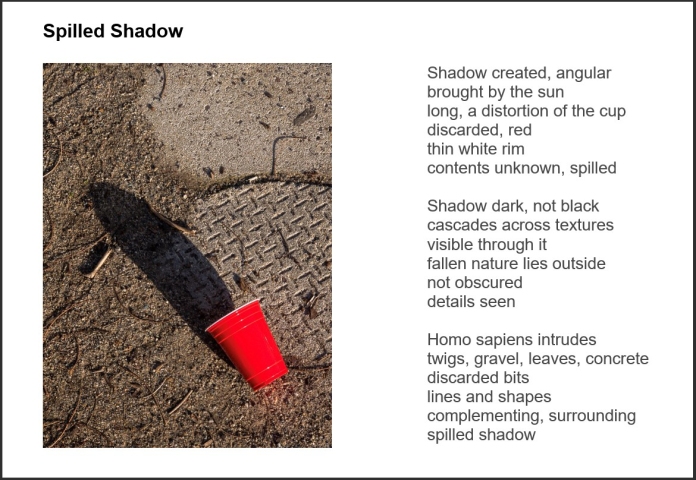 I’m already working on words to accompany a set of images telling the story of the challenge of walking 9 km from an altitude of 1840 metres to the highest point in our land, altitude 2228 metres. And return! It was on 26 April 1999. I’ll post that story here when I complete it.

One thought on “Spilled Shadow”